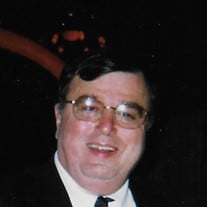 Richard “Dick” Davis, 79, of Oskaloosa, passed away Monday evening, August 14, 2017, at MHP Hospital in Oskaloosa. Richard Dean Davis, son of Donald R. and Avis Arlein (McCain) Davis, was born October 21, 1937, in Oskaloosa. He was a 1955 graduate of Oskaloosa High School. His first job was with the Oskaloosa Water Department where he worked as a meter reader. He was later hired at Vermeer Manufacturing in Pella where he worked for 25 years, primarily as a welder. February 14, 1960, Dick married the love-of-his-life, Cheryl Claruth Littlejohn at the Central United Methodist Church in Oskaloosa. Their first home was in Oskaloosa, but in 1987, they moved to Lake Keomah. Dick loved the peacefulness of living by the lake and the opportunity for him and his son, Craig, to fish together. Dick enjoyed several cruises with Cheryl and when their sons were young, camping trip with the group, Traveling Chiefs. Dick was an avid NASCAR Fan and tried to never miss a Tony Stewart race. He was also a devoted fan of the Kansas City Chiefs and the Iowa Hawkeyes. Dick was a social member of the American Legion and former member of the Eagles and Elks Lodges. He was a member of the Central United Methodist Church. Dick will be remembered for his wonderful cheerful disposition. He was quick with a joke and loved to laugh and make others laugh. His family includes his son, Michael Davis and his companion, Jackie Davis, who Dick thought of as a daughter-in-law. He especially enjoyed his relationship with Neveah Hope Davis, Jackie’s daughter, who he called “Tootsie”. In addition to his parents, Dick was preceded in death by his wife, Cheryl on August 18, 2012 and his son, Craig on November 2, 2011. Memorial services for Dick will be held at 10:30 a.m., Friday, August 18th, at Garland-Van Arkel-Langkamp Funeral Chapel with Pastor Beverly Sunkle officiating. Visitation will begin at 11 a.m., Thursday, at the funeral chapel; the family will greet visitors from 5-7 p.m. As was his wish, Dick’s body has been cremated; burial of his urn will be at Forest Cemetery. Memorial contributions can be made to MHP Hospice Serenity House.

The family of Richard Dean Davis created this Life Tributes page to make it easy to share your memories.

Send flowers to the Davis family.