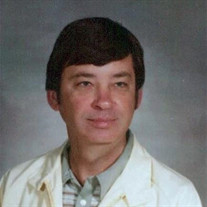 Dick Rainey, 83, of Oskaloosa passed away Wednesday, September 12, 2018, at Crystal Heights Care Center in Oskaloosa. Richard “Dick” James Rainey was born December 5, 1934, in Waterloo, Iowa to Edward and Maxine Dorothy (Parmelee) Rainey. Dick loved playing basketball in high school and always rooted for the Hawkeyes. He graduated from Oskaloosa High School in 1952 and served in the U.S. Navy as a radioman third class for four years. He served on the U.S.S. Sicily, the U.S.S. Balduck, and the U.S.S. Kent County. He was honorably discharged from the U.S. Navy in 1955 where he then pursued higher education. Dick graduated from the University of Iowa in 1960 with a Bachelor of Arts degree. He received the University of Iowa Circle of Iowa after being a 50-year graduate. Due to his father’s job, Dick spent his childhood moving from town to town. Edward worked for Rath Packing Company where he was a semi-professional basketball player in a semi-professional league. Several years later, his family operated a dry-cleaning business in Pella, Iowa and eventually settled in Oskaloosa. Dick worked at the Oskaloosa Post Office and the Northwestern Bell Telephone Company prior to his teaching career. After graduating from the University of Iowa, he taught at Jefferson High School from 1963 to 1966 and Ottumwa High School from 1966-1996. He was given the Golden Apple award upon retirement for his many years of service to a countless number of students. In 1960, Dick married Pauline Swab of Centerville and had two sons, Paul Austin, and Gregory Alan. After 33 years of marriage, Pauline died in 1993. In 1996, Dick married Betty Lou Walker Rainey. Dick and Betty spent many winters in Arizona with their beloved dogs. They enjoyed square dancing and playing games with many friends. Dick was involved in several organizations during his life. He was a member of the VFW, the American Legion, the Iowa Scottish Rite Consistory, the KAABA Shrine, the Ottumwa Education Association, the Iowa State Education Association, and the National Education Association. Dick was proud to be a 50 plus year member of Tri-Luminar Masonic Lodge #18 A.F. & A.M. Dick is survived by his wife of 22 years, Betty Walker Rainey and his two sons: Gregory Alan Rainey and Paul Austin Rainey of Des Moines. Dick had three step-children: Mark (Cindy) Walker of Oskaloosa, Beth (Joe) Overton of Oskaloosa, and Todd (Renita) Walker of Arizona. He was loved by seven step-grandchildren: Jessica (Kareem Taylor) Walker of Oxford, Matthew (Molly) Walker of Oskaloosa, Timothy (Anna) Walker of Cedar Rapids, Ian (Sara) Overton of Johnston, Lindsay Overton of Oskaloosa, Taylor Overton of Oskaloosa, and Sydney Walker of Iowa City. He is survived by eight step-great-grandchildren: Dexter Taylor, Halley, Keaton and Kambri Walker, Emma and Evan Walker, and Alex and Kaitlin Overton. Dick was preceded in death by his first wife, Pauline, his parents, Edward and Maxine, his grandparents, James and Letsy Amelia Parmelee, his aunt, Louise Hoar, and his sister Beverly Ann Selk. As was Dick’s wishes, his body was donated to the University of Iowa deeded body program, and it will then be cremated. There will be no visitation or memorial service per Dick’s request. He asked that memorial contributions are donated to the Shriner’s Hospital for Children. Langkamp Funeral Chapel has been entrusted with Dick’s arrangements.

The family of Richard James Rainey created this Life Tributes page to make it easy to share your memories.

Send flowers to the Rainey family.