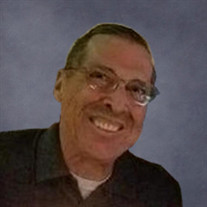 Not sure what to send?

Rick Caves, 76, of Oskaloosa, passed away Tuesday morning, June 21, 2022, at his home in Oskaloosa Richard Michael Caves, son of Kenneth “Jack” and Elsie Arlene (Stigers) Caves, was born February 11, 1946, in Oskaloosa. After his 1964 graduation from Montezuma High School, Rick attended Ellsworth Community College and earned an Associate Degree in Accounting. His first job was with an accounting firm in Iowa Falls; after two years, he relocated to Oskaloosa in 1968 and began working for Kelly Supply in Oskaloosa. November 3, 1973, Rick married Charlotte Asher in Bethany, Missouri. They made their home in Oskaloosa. After working at Kelly Supply for 20 years, he and Charlotte bought and operated the Iowa Dress Club Dry Cleaners. Rick was a past member of the Oskaloosa Kiwanis Club. He was an avid bowler and enjoyed fishing, gardening, and stock car racing. Rick cherished his grandchildren and showered them with his love. He and Charlotte’s big hearts also extended to the 114 foster children and many of their friends they opened their home to for 23 years. His family includes his wife, Charlotte of Oskaloosa; his children: Michael (Angie) Caves of Oskaloosa, Becky (Bryan) Kime of Oskaloosa, Kenneth (Lora) Caves of Kellogg, Rennea Caves (Wayne Sanders) of Hedrick, and Chuck (Marie) Caves of New Mexico; nine grandchildren: Collin (Amy) Caves, Nathan Caves, Brooke (Kiel) Pederson, Jacob Kime, Leanna (Adam) Sanders, Meredith Caves, Macey Caves, Reece Caves, and Kiara Caves; a brother, Mark (Carmen) Caves of Barnes City, and his grand-pup, Jazzy. In addition to his parents, Rick was preceded in death by a sister, Julie Linsted, and a nephew, Tracey Caves. As was his wish, Rick’s body has been cremated. Family and Friends are welcome to attend a visitation honoring Rick’s life from 5-8 p.m, Thursday, July 7, at Calvary Bible Church, 114 South 11th ST, Oskaloosa. Memorials can be made to Stephens Memorial Animal Shelter. Langkamp Funeral Chapel & Crematory is handling Rick’s final arrangements.

The family of Rick Caves created this Life Tributes page to make it easy to share your memories.