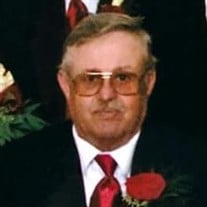 Robert Briney, 72, of Oskaloosa passed away Friday, August 3, 2018, at his home in Oskaloosa. Robert Briney, son of Maurice Edwin and Lois LaRue (Long) Briney, was born September 9, 1945, in Palmer, Alaska. After his father’s career with the coal mining industry ended, the family returned to Oskaloosa where Bob finished high school in 1963. He married Rita Alpers in 1965, and to this union, two sons were born. They later divorced. April 4, 1966, Robert enlisted in the U.S. Navy. He was assigned to Naval Mobile Construction Battalion Seven; of the three years he served, 25 months were at sea or on foreign soil. Following his discharge, Robert worked in the trucking industry for most of his life. He owned and operated Briney Trucking mainly hauling for Lynn’s Poultry and later for Con-Agra. He retired in 2013. In his spare time, Bob enjoyed hunting and fishing, although his true passion was collecting model trains. He was a member of Penn Central Model Railroad Club. His family includes his sons: Kenneth (Candace) Briney and David Briney, both of Delta; Shauna Dingeman of Knoxville; grandsons: Michael and Kendal Briney; and a sister, Elizabeth Langstraat (Leon Witt) of Turlock, CA. Bob was preceded in death by his parents. As was his wish, Robert’s body has been cremated. Graveside memorial services will be held at 10 a.m., Tuesday, August 14, at Forest Cemetery. The cemeteries North 11th Street entrance should be used when entering the cemetery. Arrangements have been entrusted to Langkamp Funeral Chapel and Crematory.

Robert Briney, 72, of Oskaloosa passed away Friday, August 3, 2018, at his home in Oskaloosa. Robert Briney, son of Maurice Edwin and Lois LaRue (Long) Briney, was born September 9, 1945, in Palmer, Alaska. After his father&#8217;s career with... View Obituary & Service Information

The family of Robert L. Briney created this Life Tributes page to make it easy to share your memories.

Send flowers to the Briney family.