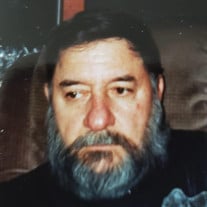 Robert Mussatti, 82, of Bessemer, Michigan, passed away Thursday, April 23, 2020, at his daughter’s home in Oskaloosa, IA. Robert Dwight Mussatti, son of Charles and Louise (Hagerty) Mussatti, was born May 16, 1937, in the Town of Lake, Wisconsin. As a youngster, his family moved to Bessemer, Michigan, and he graduated from A.D. Johnston High School in 1956. Robert was drafted into the U.S. Army, August 4, 1960, and served with Company C, Engineering Battalion at Fort Lewis, Tacoma, Washington. Shortly after his discharge, August 3, 1962, while visiting a friend in Milwaukee, Wisconsin, he met the love-of-his-life, Janet Marie Havenor. Robert lived in Milwaukee for a time and worked for Harley Davidson as a millwright. He and Janet married March 23, 1963, in Milwaukee, WI, and then made their home in Bessemer, MI. Through the years, Robert worked in the copper mine industry. Robert moved to Oskaloosa in early 2018 to be near his daughter, Heidi. Robert enjoyed the beauty of the area he called home; he owned a cabin on Black River in Bessemer Township and enjoyed hunting and fishing in his leisure time. The family also loved to camp in the summer near the beautiful area lakes. Robert enjoyed playing games with his family, and cribbage was one of his favorites. The family extends a heartfelt “Thank you” to all of the Mahaska Health Hospice Staff for their loving and compassionate care during the last days of Robert’s earthly life. His family includes four children, Tony Mussatti and Geno Mussatti, both of Bessemer, Craig (Elizabeth) Mussatti of Fort Benning, Georgia, and Heidi (Michael) McKay of Oskaloosa; 13 grandchildren: Tony Mussatti, Robert Ikola, Nathan Mussatti, Roger Ikola, Matthew Mussatti, Tyler Mussatti, Amanda Jeffers, Nicholas Mussatti, Jared Jackson, Alex Mussatti, Kurt Mussatti, Brandon Mussatti, and Jacob Mussatti; five great-grandchildren: Carsen Ikola, harper Ikola, Grace Mussatti, Paige Ikola, and Addison Jeffers. His siblings also survive Robert: Donald (Carmen) Mussatti of Bessemer, MI, Marilyn (Tom) Decarlo of Ironwood, MI, and Charlene Mussatti of Hurley, WI; and many nieces and nephews. In addition to his parents and his wife, Janet of 53 years, Robert was preceded in death by a sister, Joyce Aspinwall, and a brother, Charles “Shorty” Mussatti. As was his wish, Robert’s body has been cremated. A Memorial service will be held at a later date. Instead of flowers, the family welcomes memorial contributions to the Mahaska Health Foundation for Hospice Services. Langkamp Funeral Chapel has been entrusted with his arrangements.

Robert Mussatti, 82, of Bessemer, Michigan, passed away Thursday, April 23, 2020, at his daughter&#8217;s home in Oskaloosa, IA. Robert Dwight Mussatti, son of Charles and Louise (Hagerty) Mussatti, was born May 16, 1937, in the Town of Lake,... View Obituary & Service Information

The family of Robert Mussatti created this Life Tributes page to make it easy to share your memories.

Send flowers to the Mussatti family.