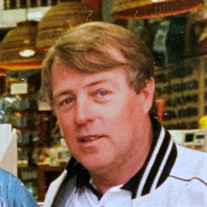 Roger Coe, 86, of New Sharon passed away Friday, May 22, 2020, at Crystal Heights Care Center in Oskaloosa from COVID-19. Roger Bruce Coe, son of Roy and Jesse (Nichols) Coe, was born July 27, 1933, in New Sharon, Iowa. He was a 1951 graduate of New Sharon High School and then enlisted in the U.S. Air Force. Roger served for 20 years and was discharged as a tech sergeant. Following his discharge, he worked for Xerox Corporation as a technical representative. While working for Xerox, he initially worked in the Denver area, but in 1976, he returned to the mid-west with an assignment in Urbandale. He retired from Xerox after 25 years and returned home to New Sharon. Roger married Cynthia Barnhouse June 25, 1955 in Schuyler, Missouri. To this union, three children were born. Cynthia died in 1982. Roger later married LeNora “Lee” Thimmesch. They eventually divorced before her death. In his free time, Roger enjoyed bowling. His family includes his children: Sherri Coe (Rebecca Bolt) of Ft. Collins, CO, Karen (Mark) Chiri of New London IA, and Mark Coe who recently died in August; eight grandchildren: Nic, Jeret, Logan, Caitlin, Reno and Trey Chiri and Jesse and Steven Coe; two great-grandchildren: Wren and Lou; and a sister, Colleen Wiley. In addition to his parents, he was preceded in death by his wife, Cynthia, his second wife LeNora, and his son, Mark; and his siblings: Bertine Lucille Coe, Georgia M. Demming Goode, Samuel Darrell Coe, Dolly G. Taylor, Garnet Mae Sinclair, James Wayne Coe, Marie D. Kenworthy, Roy Dean Coe. As was his wish, Roger’s body has been cremated. Memorial services will be held at a later time; burial of his ashes will be at Chapel Hill Gardens, Merle Hay Cemetery in Des Moines. Langkamp Funeral Chapel has been entrusted with his arrangements.

The family of Roger Bruce Coe created this Life Tributes page to make it easy to share your memories.

Send flowers to the Coe family.