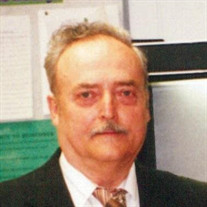 Roger K. Jenkins, 78, of New Sharon died Friday, May 4, 2018, at the Mahaska Health Partnership in Oskaloosa under hospice care. Roger Kenneth Jenkins, son of Melvin David and Irma Bertha (Steffen) Jenkins, was born September 10, 1939, in Milwaukee, Wisconsin. He grew up and received his education in Milwaukee. He enlisted in the U.S. Army, October 26, 1956 and was honorably discharged October 23, 1959. Roger worked as a truck driver for most of his life and in the later years worked in management in the industry. He married Joyce Ann Dassow, October 7, 1978 in Medford, WI. They lived in Milwaukee, but also spent time at Rib Lake in northern Wisconsin. In 2015, they moved to New Sharon to be closer to their son. Roger was a member of the Grace Lutheran Church and the New Sharon American Legion Post. He loved the out-of-door, where he enjoyed hunting and fishing. He is survived by his wife of 39 years, Joyce of New Sharon; a son, Ken Jenkins and his fiancé, Shelby Speck of Waukee, Iowa; and a brother, Allen (Shirley) Jenkins of Bella Vista, AR. In addition to his parents, he was preceded in death by a brother, Richard Jenkins. As was his wish, Roger’s body has been cremated. Burial of his ashes will be held privately at the Northern Wisconsin Veterans Memorial Cemetery in Spooner, WI.

The family of Roger Kenneth Jenkins created this Life Tributes page to make it easy to share your memories.

Send flowers to the Jenkins family.