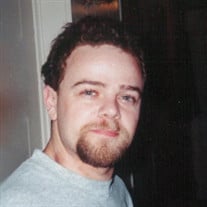 Roger Lee Thomas, age 53, of Beacon, passed away Monday, January 31, 2022, at Mahaska Health Partnership in Oskaloosa. Roger Lee Thomas, son of Jerry Lee and Lida Mae (Rumbaugh) Thomas, was born August 5, 1968, in Oskaloosa, Iowa. He attended Oskaloosa High School, where he graduated in 1987. One of his first jobs was at Pamida in the ’80s. Later he was hired on at Mahaska Bottling. However, it was his job at Vermeer Corporation in Pella that gave him the most joy. Roger had 28 years of service as a saw operator there. Roger truly loved the people with whom he worked. Roger’s favorite hobby was collecting. He loved the excitement of a good deal. Roger was drawn to auctions, garage sales, and the Wal-Mart clearance aisle. The thrill of finding rare items led him to be a collector of all things, including cars, Penn fishing reels & equipment, and knives. His best find to date was a telescoping deep sea fishing pole with a giant 10” wide reel. Roger also loved his family. He adored his grandbabies, who knew him by the name of “Papa.” Roger was always spoiling them with cake and popsicles. He will be greatly missed. Roger’s family includes his daughter, Julia Thomas of Oskaloosa; granddaughters: Alex Johnston & Kayla Thomas of Oskaloosa. He is also survived by his brother, James (Cassie) Thomas of Beacon; step-siblings: Shannon Kridelbaugh of Pella, Echo Kridelbaugh of Oskaloosa, Shane Kridelbaugh (Shari Turk) of Harvey, MaryAlice (Ted) Green of Phoenix, AZ, Ricky Kridelbaugh of Beacon, and Treva (Dave) Sizemore of Mountain Grove, MO; Step-Mother, Diane Thomas of Oskaloosa, as well as many nieces and nephews; and a special friend, Kasey Fisher of Oskaloosa. In addition to his parents, aunts, and uncles, Roger was preceded in death by his brother, Jerry Dean Thomas. Funeral Services for Roger will be held at 10 a.m., Friday, February 4, 2022, at Langkamp Funeral Chapel in Oskaloosa, with Chaplin Kevin Glesener officiating. Burial will be in Beacon Cemetery. Visitation will begin at 2 p.m., Thursday at Langkamp Funeral Chapel; the family will be present from 4-6 p.m. to greet visitors. Memorials may be made in Roger’s name for his grandchildren.

The family of Roger Lee Thomas created this Life Tributes page to make it easy to share your memories.

Send flowers to the Thomas family.