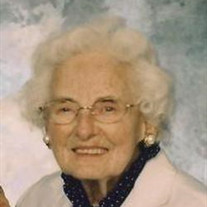 Rosamond Chandler: Arlene passed away early Wednesday morning, November 24, 2004 at the Mahaska Hospital in Oskaloosa at the age of 89 years, 11 months and 28 days. Arlene's memory is honored by her husband, Everett Chandler of Oskaloosa, and two daughters and their husbands: Rosamond & Robert Cumings of Manly, IA and Helen & Don Coffin of Wayland, IA. She was blessed with ""five"" grandchildren: Rhonda & her husband, Derek Leith of West Branch, IA; Richard Cumings of Eveleth, MN; Christine Coffin of Fairfield, IA; and Suzanne Coffin of Wayland, IA. She thoroughly enjoyed her three great-grandchildren: Alexander & Jordan Leith of West Branch and Kathryn Coffin of Wayland. Arlene is survived by a brother & sister-in-law, John & Eloise Hadley of Richland, IA, a sister, Eloise Snakenberg, of South English, IA, and several nieces and nephews; and grand nieces and nephews, including John & Jody Chandler of Des Moines, Iowa. Rosamond Arlene Chandler, daughter of George Walter & Helen Brolliar Hadley, was born Nov. 27, 1914 on a farm in Jefferson County south of Richland, IA. She graduated from Richland High School in 1931 at the age of 16 and worked for the J .R. Busby family to earn money to attend John Fletcher College in Oskaloosa, IA, where she earned a Class 2 Teaching Certificate. Arlene then taught K - 8th grades at Chapel Hill School in rural Mahaska County. She attended Iowa State Teachers College in Cedar Falls during the summers and earned a Class 1 teaching certificate. Arlene then taught K - 8th grades at Taintor School and later at Granville School. She met Everett William Chandler at a Mahaska County Teachers Conference. They were married May 22, 1941 in Lancaster, Missouri. Arlene taught 6th grade at Ollie Consolidated School for one year in a leave of absence position. She then substitute taught until Everett was drafted in February, 1943. Arlene was asked to take his place for the remainder of the year and paid his higher salary, a first for women teachers in Keokuk County. The couple moved to various military bases throughout the war where Arlene worked as a waitress, sales clerk, and office worker in the Quarter Masters Depot. They returned to Ollie from 1946 to 1956. There Arlene worked as an assistant teller in the Hayesville Savings Bank, was a Brownie Scout Leader, a charter member of the Ollie Order of the Eastern Star, and an active member of Ollie Methodist Church and Women's Society. The family moved to Oskaloosa, IA in 1956. As her children matured, Arlene became a substitute teacher for the Oskaloosa Schools, a Girl Scout Leader, a member of Lady Kiwanis, and very active in Central United Methodist Church and United Methodist Women's groups, holding various offices throughout the years including volunteering in the church library. Arlene was a devoted wife, mother, and grandmother. She loved reading and gardening. Arlene was preceded in death by her parents, an infant daughter, Doris Arlene, and two sisters, Mary Hart and Jean Hull. PDF Printable Version

Rosamond Chandler: Arlene passed away early Wednesday morning, November 24, 2004 at the Mahaska Hospital in Oskaloosa at the age of 89 years, 11 months and 28 days. Arlene's memory is honored by her husband, Everett Chandler of Oskaloosa, and... View Obituary & Service Information

The family of Rosamond Chandler created this Life Tributes page to make it easy to share your memories.

Send flowers to the Chandler family.