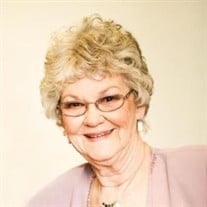 Sharon Terfehn, 79, of Oskaloosa, passed away on Thursday, January 20, 2022, at the Mahaska Health Hospice Serenity House in Oskaloosa. Sharon Ann Terfehn, the oldest daughter of Arthur Oscar Kamman and Ardella Gladys Kemper, was born on December 5, 1942, in Huntingburg, Indiana. She was baptized and confirmed at Zoar Methodist Church and attended Holland Indiana schools through 8th grade. Her family moved to Mesa, Arizona in 1955 and she graduated from Mesa High School in 1960. She married David Lee Terfehn in 1961 and moved to Iowa in 1965. This marriage was blessed with four children before a divorce in 1985. Sharon kept books for the family business, worked on the family farmstead and was a homemaker, raising her children in rural Iowa, spending most of her time in the Harper, Sigourney, Webster and What Cheer areas. She later worked outside of the home at many local businesses which included Rodby’s in What Cheer as well as Bonnie’s, Casey’s and Pizza Hut in Sigourney. One of her most favorite activities was working the What Cheer Flea Markets with Carol Hazen for 30 years. Sharon loved her cats and dogs, fishing, raising fainter goats, garage sales, bingo, coffee time with the gals, as well as Mexican food, the Indianapolis Colts, traveling and spending time with her family. Sharon is survived by her children, Kimberly Shuda, Tonya Van Dusseldorp (Doyle Veldhuizen), Melissa Schlesselman (Brad), and Daron Terfehn; grandchildren, Trisha Van Dusseldorp (Patrick Hart), Kylee Van Dusseldorp, Kole Shuda (Lauren), Caleb Schlesselman (Grace), Luke Schlesselman, Jessica Schlesselman, Adriana Terfehn, Kamman Terfehn and great friend, Carol Hazen. Sharon was preceded in death by her sister, Susan Elaine Ernst and her parents. Cremation rites will be accorded through Langkamp Funeral Home in Oskaloosa with a private graveside service at Indianapolis Cemetery outside of What Cheer, Iowa at a later date. In lieu of flowers, memorials in Sharon’s name may be made to Mahaska Health Foundation, for the Hospice Serenity House. Please send contributions to Mahaska Health Foundation, PO Box 357, Oskaloosa, Iowa 52577.

The family of Sharon Ann Terfehn created this Life Tributes page to make it easy to share your memories.

Sharon Terfehn, 79, of Oskaloosa, passed away on Thursday, January...

Send flowers to the Terfehn family.