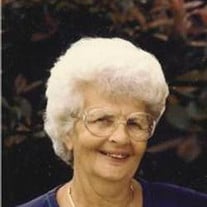 Shirley Irene Stout: Shirley passed away early Thursday morning, November 11, 2004 at Mahaska Hospital at the age of 79 years, 1 month and 30 days. Shirley is survived by four children and their spouses: Don E. Stout and Pauline Bauer of Des Moines, IA; Barry and Karen Stout of Oskaloosa, IA; Cheryl and David Massey of Key Largo, FL; Jon and Kim Stout of El Paso, TX; 15 grandchildren, 13 great-grandchildren and her brother Pat Ellsworth of Markham, IL. Shirley Irene Stout, daughter of E.E. ""Slim"" & Gretchen Teal Ellsworth was born September 12, 1925 in Corning, IA. She was a 1943 graduate of Oskaloosa High School and married Donald Dale Stout on April 7, 1943 in Oskaloosa. Together they owned and operated Don's Diner in Oskaloosa from 1952 to 1986. The friendly restaurant on Highway 92 with the ""kickin chicken"" on top was well known for its fine food, good service and gleaming stainless steel counters. Shirley and Don would often talk of the many wonderful customers that were patrons and friends during their 34 years in business and of the children of those customers who grew up eating at Don's. She never really got into retirement and loved to work at her son's restaurant in Oskaloosa in later years just so she could see and visit with her treasured former customers and friends. She was an avid golfer and enjoyed playing in best shot tournaments with her husband and friends. She also enjoyed going to church, bowling, crafts, genealogy, collecting antiques and collectibles and playing cards with friends and family. She was a member of Oskaloosa First Church of the Nazarene, Edmundson Ladies Swing Club, and Daughters of the American Revolution. She was preceded in death by her husband of 53 years, Don Stout; a son, Scot Stout; two infant sons, Gary and Steven; two sisters, Mrs. Nadine Morris and Mrs. Erma Stout and her parents E.E. and Gretchen Ellsworth. PDF Printable Version

The family of Shirley Irene Stout created this Life Tributes page to make it easy to share your memories.

Send flowers to the Stout family.