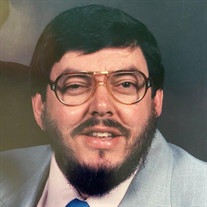 Stephen Charles Whipple, 66, of Oskaloosa passed away Sunday, March 8, 2020, at Mahaska Hospital in Oskaloosa. Steve (or “Whip” as he was known to his friends and family), son of Laclede Francis and Isabelle Mabel (Wells) Whipple, was born June 13, 1953, in Oskaloosa. Soon after graduating from Oskaloosa High School in 1971, Steve began working at Pella Corporation, where he worked in many areas. The last area in which Steve worked was the door plant, and he retired after almost forty years in 2010. He was inducted into the Chairman’s Club at Pella Corporation after serving 25 years. Steve married Joyce Hoover in 1976, and together they raised their son, Chad. They later divorced. Antique cars were something that Steve very much admired and collected. He owned a ’57 Chevy hardtop, a ’57 Chevy station wagon, a ’55 Packard and a ’71 Chevelle. He was a member for many years of the Rollin’ Oldies Car Club and was currently an Honorary Lifetime Member. Steve was also a 15-year member of the “Chain Gang” at the Oskaloosa Indians football games and was recognized for his service by the Iowa High School Athletic Association. Steve attended Omega Church with his extended family when he was able. Steve cherished the time he spent with his friends and family. Steve’s family includes his son, Chad Stephen Whipple and his spouse Cesar Ayala of New York, New York; a brother, Raymond Whipple of Newton; a niece, Marjorie (Cory) Halupnick of Reinbeck; a grandniece, Ella Wagner; and a grandnephew, Lee Halupnick. Steve was preceded in death by his parents. Funeral services for Steve will be held at 10:30 a.m. Thursday, March 12, 2020, at Langkamp Funeral Chapel with Pastor Cyril McKay of the Omega Church officiating. Burial will be in Forest Cemetery. Visitation will begin at 11 a.m., Wednesday, at the funeral chapel; the family will greet visitors from 5-7 p.m. Memorials can be made to the Multiple Sclerosis Association or the Mahaska Health Hospice Serenity House.

Stephen Charles Whipple, 66, of Oskaloosa passed away Sunday, March 8, 2020, at Mahaska Hospital in Oskaloosa. Steve (or &#8220;Whip&#8221; as he was known to his friends and family), son of Laclede Francis and Isabelle Mabel (Wells) Whipple,... View Obituary & Service Information

The family of Steve Whipple created this Life Tributes page to make it easy to share your memories.

Send flowers to the Whipple family.