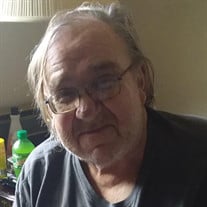 Steven VanderLinden, 68, of Oskaloosa, passed away Wednesday, January 12, 2022 in Des Moines, IA. Steven Craig VanderLinden, son of Ralph and Verna (HyVeld) VanderLinden, was born May 22, 1953, in Iowa City, IA. Steven grew up in Pella, IA on the family farm and was a 1972 graduate of Pella High School. After his education, Steven began driving truck. He drove truck for a variety of companies that include, the City of Pella, C.R.S.T, Schneider Trucking, and Midwest Sanitation, where he was at for 14 years. Steven was married to Bonnie Gott and to this union, two children, Andrea and Joshua were born. They later divorced. Steven retired from trucking in 2016. Steven was a member of the Two Timbers Church of Christ. He loved to read and watch movies, and also enjoyed collecting bears. Steven is survived by his daughter, Andrea (Terry) Garrett of Oskaloosa, IA, a son, Joshua (Candy) Vander Linden of New Sharon, IA, ten grandchildren, Trenton, Jennie, Corbin, Jason, Nicole, Hailey, Piper, Rena, Skyler and Tory, and two great-grandchildren, Stormy and Zayn. Steven was preceded in death by his parents and a sister, Barb Martin. As was Steven’s wish, his body has been cremated and a celebration of life will be planned for a later date.

The family of Steven C. VanderLinden created this Life Tributes page to make it easy to share your memories.

Send flowers to the VanderLinden family.