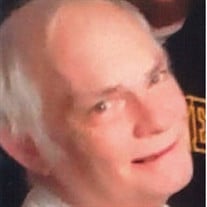 Bill Farrar Jr., 68, of Oskaloosa, passed away May 2, 2018, at Mercy Hospital in Des Moines, Iowa. William Harold Farrar Jr., son of William and Elizabeth (Moore) Farrar, was born March 12, 1950, in St. Louis, Missouri. When Bill was young the family moved to Brookfield, MO. He was a 1968 graduate of Brookfield High School. After his education, he began his job at Mattingly’s Department Store. He worked at Mattingly’s from 1968 to 1976 and worked his way up to the position of manager. In 1971, he was united in marriage to Maxine Tracy. To this union, two children were born, David and Tracy. In 1976, Bill began a career at Hercules Chemical Company in Louisana, MO; during that time he also proudly served as a volunteer member of the Lousiana, MO, Police and Fire Departments. Bill enjoyed his work at Hercules for 23 years until his retirement in 1999. In retirement, Bill went back to work as a nurses assistant and was very passionate about helping people. In 2010 Bill moved to Oskaloosa to be closer to his family. He was a member of Oskaloosa’s Train Club, he enjoyed fishing, gun collecting, but most of all, being around his children and grandchildren. His family includes his mother, Betty Farrar, of Green Bay, WI; a son, David (Carmen) Farrar of Oskaloosa, IA; a daughter Tracy (John) Lawless of Long Lane, MO; nine grandchildren; three great-grandchildren with an additional great-grandchild on the way; three sisters: Nancee (Gary) Lenhoff of New Cambria, MO, Kathy (Mark) Ridgeway of Brookfield, MO, Patricia (John) Pratt of Green Bay, WI; and many nieces and nephews. Bill was preceded in death by his father. A memorial service will be held for Bill at 11 a.m. Monday morning, May 7, 2018, at Langkamp Funeral Chapel in Oskaloosa, IA with Jim Street officiating. A luncheon will follow the service at the Park Church of Christ in Oskaloosa. As was his wish, Bill’s body has been cremated. Langkamp Funeral Chapel and Crematory have been entrusted with the arrangements. Memorials can be made to the Park Church of Christ.

The family of William Harold Farrar Jr. created this Life Tributes page to make it easy to share your memories.

Send flowers to the Farrar family.