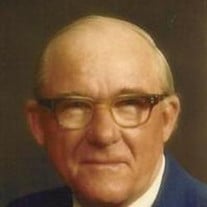 William Gray Gilchrist: Bill passed away Tuesday evening at Mahaska Hospital in Oskaloosa at the age of 88 years, 10 months and 16 days. Bill's memory is honored by his wife, Geraldine of Oskaloosa; two daughters: Bette and her husband, Gary Rotert of Vernon Hills, IL; Barbara Gilchrist and her partner, Betsy Miller of St. Louis, MO; and a son, Roger and his wife, Mary Ann of Wichita, KS. He was blessed with five grandchildren: Allen Rotert of Eastern Illinois University in Charleston, IL; Katherine Rotert at home in Vernon Hills, IL; Patrick Gilchrist Miller at home in St. Louis, MO; and Rachel Horn and Matthew Gilchrist at home in Wichita, KS. William is survived by one brother, Ralph Gilchrist of Oskaloosa, IA and a sister-in-law, Betty Palmitier of Creston, Iowa. William Gray Gilchrist was born March 25, 1915 in Oskaloosa to Edward & Grace Boggess Gilchrist. His mother, Grace, died when Bill was very young; his father then married Edith Smith, who was a true mother to Bill and his brother, Ralph. He was a 1933 graduate of Oskaloosa High School and then went on to attend Iowa State University, where he received a B.S. in Chemical Engineering. On Oct. 24, 1943 he married Geraldine Crippen in Eldora, IA. He worked at Maytag in Newton, IA, Servel Company in Evansville, IN; Whirlpool in St. Joseph, MI and then back to Evansville, IN, when Whirlpool purchased Servel Company. He was then transferred to Fort Smith, AR, Oxford, MS and finished his career in Parsons, TN. Bill retired in the late 1970s, returning to Oskaloosa at that time. Bill was an avid reader, he enjoyed photography, and building and flying model airplanes. He was a member and Sunday school teacher at Central United Methodist Church in Oskaloosa and served as secretary/treasurer of the Oskaloosa Area Association of Churches from 1989-2000. Bill was preceded in death by his parents, and one sister-in-law, Nancy Gilchrist. PDF Printable Version

William Gray Gilchrist: Bill passed away Tuesday evening at Mahaska Hospital in Oskaloosa at the age of 88 years, 10 months and 16 days. Bill's memory is honored by his wife, Geraldine of Oskaloosa; two daughters: Bette and her husband, Gary... View Obituary & Service Information

The family of William Gray Gilchrist created this Life Tributes page to make it easy to share your memories.

Send flowers to the Gilchrist family.