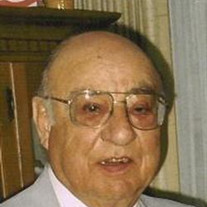 William Hewitt: Bill passed away at Mahaska Hospital in Oskaloosa on Tuesday morning, March 8, 2005 at the age of 84 years and 6 months. Bill's memory is honored by his wife, Norma of Oskaloosa; a daughter Beverly (Ron) Criswell of West Liberty, IA; a son, William David (Val) Hewitt of St. Louis, MO; a daughter-in-law, Rella Hewitt of Oskaloosa; two step sons, Stan (Linda) Maddy of Centerville, IA and Steve (Sally) Maddy of Rose Hill, IA; and a step daughter, Liz Childs of Rose Hill. He was blessed with 17 grandchildren: Stacy (Andy) Daufeldt of Blue Grass, Lora (Bob) Pelzer of Plainfield, IL, Bob (Janice) Hewitt of Waterloo; Lynn Perrine of Des Moines, Jason Hewitt of Oskaloosa, Charles Hewitt of San Antonio,TX, Keane (Bobbie) Maddy of Centerville, Jason (Stacey) Maddy of Centerville, Michelle (Bob) Crouse of New Sharon, Robbie (Stacie Jordon) Childs of Rose Hill, Willie McDonald of Pella, Cathy Showers of Oskaloosa, Robin (Bob) Winkleman of Reynolds, Jim Johnson of Oskaloosa, Bobby Johnson of Eddyville, and Kim Johnson of Oskaloosa; he was also blessed with 16 great grandchildren. He was survived by a brother, Mahlon (Charlotte) Hewitt of Fairfield. William Clement Hewitt, son of Clement D. & Lena Hunter Hewitt was born Sept. 8, 1920 in Conway, IA. He was a 1938 graduate of Conway High School, after which he worked for a brief time before enlisting in the U.S. Army Air Force in June 1942. He served as a Pilot of a B-17 participating in campaigns in Rhineland and Central Germany, before his discharge in Oct. 14, 1945. On Aug. 9, 1944, while in the military he married Elizabeth Rains at Roswell, New Mexico. Elizabeth died in Oct. 1978 after 34 years of marriage. After his discharge, Bill managed Hawkeye Lumber Co. yards in Iowa; he then owned and operated a truck transferring mobile homes across the country; later, he worked for Pamco of Oskaloosa for 10 years; and ended his working career owning and operating the Oskaloosa Dairy Queen, until his retirement in 1984. On April 23, 1983 he married Norma Mae Maddy. He was a member of the Masonic Lodge No.18 and a 60 year member of the American Legion. He enjoyed woodworking and especially enjoyed sharing his military interests and career with students, family and friends. He was preceded in death by his parents, and a son, Carl James Hewitt; his first wife, Elizabeth and a brother, Homer Hewitt. PDF Printable Version

William Hewitt: Bill passed away at Mahaska Hospital in Oskaloosa on Tuesday morning, March 8, 2005 at the age of 84 years and 6 months. Bill's memory is honored by his wife, Norma of Oskaloosa; a daughter Beverly (Ron) Criswell of West Liberty,... View Obituary & Service Information

The family of William Hewitt created this Life Tributes page to make it easy to share your memories.

William Hewitt: Bill passed away at Mahaska Hospital in Oskaloosa...

Send flowers to the Hewitt family.