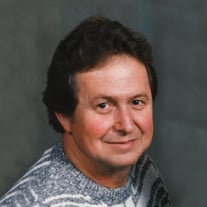 Fred L. Helmick, 81, of Oskaloosa, passed away Friday, January 21, 2022, at the University of Iowa Hospital in Iowa City, Iowa. Charles “Fred” Lafred Helmick, son of Wayne Leroy and Florence (Hem) Helmick, was born July 3, 1940, in Ottumwa, Iowa. He graduated from Ottumwa High School in 1958, and later that year, he enlisted in the U.S. Marine Corps Reserves. He attended Iowa Success Business College in Ottumwa for two years, during his time in the reserves. While attending business college, Fred met an Oskaloosa gal attending the college and living with her grandparents in Ottumwa. On May 14, 1961, he married Conni Jo Howk at First Baptist Church in Ottumwa and then moved to Oskaloosa. After his discharge in 1966, Fred worked for Northern Railroad for a year, then took jobs at Phillips 66 filling station and Ideal Manufacturing in Oskaloosa. In 1970, he signed on with the Oskaloosa Fire Department and served until 1979, when the family moved to Knoxville. He worked at Pella Corp for two years before being hired by Knoxville Community Hospital, where he served as an X-Ray technician for 30 years, retiring in 2012. He and Conni then moved back to Oskaloosa to be near their son. Fred was a member of the Elks and a past member of First Baptist Church in Oskaloosa. He enjoyed watching NASCAR, the Iowa Hawkeyes, and the Chicago Bears in his spare time. His family includes his wife, Conni Helmick, and his son, Robert Helmick, Oskaloosa. He is also survived by a brother and sister-in-law, Dwayne and Barb Helmick of Mt. Pleasant, Iowa. In addition to his parents, Fred was preceded in death by a brother, Earl, and a sister, Barbara Stocker. Funeral Services for Fred will be held at 10:30 a.m., Thursday, January 27, 2022, at Langkamp Funeral Chapel. The Oskaloosa Honor Guard will present military honors. The burial will be in Forest Cemetery. Visitation will begin at 10 a.m., Wednesday, at the funeral chapel; the family will greet visitors from 4-6 p.m. Memorial contributions can be made to Stephens Memorial Animal Shelter.

The family of Fred Helmick created this Life Tributes page to make it easy to share your memories.

Send flowers to the Helmick family.